"Writing is hard work; it's also the best job I've ever had." --Raymond Friest

Send Judah First: The Erased Life of an Enslaved Soul

A young girl’s life is shattered when she is stolen from her African village in a midnight raid. Ruthlessly torn from her family to be beaten, chained, degraded, and enslaved in a heartless world she can barely comprehend. The slave ledger at Virginia’s Belle Grove Plantation only reveals that Judah was purchased to be the cook, gave birth to 12 children, and died in April 1836. But, like the other 276 faceless names entered in that ledger, Judah lived.

Brian C. Johnson’s important work of historical fiction goes beyond what is recorded to portray the depth, humanity, and vulnerability of a beautiful soul all but erased by history. For Judah, as Johnson notes, “did the ultimate—she survived. Not as a weakling, but resilient and determined.”

Talk with students about bullying in their schools/communities and three
themes are likely to emerge: a) there’s nothing anyone can do about it, b)
bullying is necessary as it builds character, and c) there needs to be more
educational programming in the schools designed to curb bullying behavior.
Contrast those sentiments with the helplessness teachers and administrators
feel. Many will tell you that current state and federal guidelines tie their
hands until after an incident occurs. In other words, a student must get hurt
before the school is able to do anything. Reel Big Bullies is designed for regular
anti-bullying campaigns and will not cost struggling districts thousands of
dollars to implement as it provides teachers with educational resources to
complement regular instruction in classrooms.

Using clips from Hollywood blockbusters like Knocked Up, The Emperor’s
New Groove, The Benchwarmers and others, Reel Big Bullies is designed to
help students, administrators, teachers and counselors create a safer school
environment for all students. It is also intended to help all students
understand the terrible toll bullying can take on its targets, and to encourage
students to stand up for their classmates who are being bullied.

The book’s framework follows the three themes above and discusses the
pertinent legal and policy decisions affecting educational intervention. With
the already busy (overwhelmed) teacher in mind, we describe nearly 200 film
clips teachers can show in class to promote and spark discussions with
students in middle and high schools.

To order from BRILL 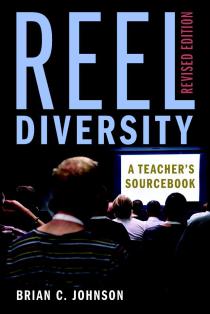 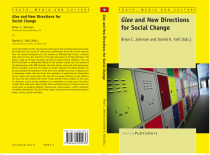 In the fall of 2009, the Fox network took a bold step in their primetime television lineup. Borrowing from the success of reality music performance shows like its own American Idol, the network introduced us to the students at McKinley High School, a fictional high school in Lima, OH, and home to the glee club known as the New Directions. The group is made up of freaks and geeks who feel the wrath of being “different.” The cool kids are hell bent on making life difficult for the students in glee club. Yet, because of the determination of Mr. Will Schuester, the club’s advisor, along with a few great songs, Glee has brought a new tone of inclusion to modern television and direct parallels can be seen between the experiences of the show choir members and what is happening in contemporary society. Glee has shown the importance of examining the intersections of pop culture and social issues; this text will encourage thinking on how effective the show has been beyond the screen. Essays provide critical analyses of the show, its characters, and its overall usefulness as a commentary on social issues. The show’s content often deals with subject matter that would lend easily to critique around such social issues as sexuality, bullying, interpersonal communication, conflict resolution, and family relationships. This text invites readers to examine the intersections between media, society, and the individual.

We've Scene It All Before: Using Film Clips in Diversity Awareness Training (2009)

A revolutionary tool for corporate and academic trainers, We’ve Scene It All Before, harnesses the power of mainstream Hollywood film to enhance educational sessions about diversity and social justice. This resource manual offers practical guidance on how to effectively use the concept of difference as a starting point towards true inclusion. Seasoned and novice trainers will appreciate the suggested strategies and best practices on facilitating diversity dialogues, which are coupled with a set of twenty-five definitions that introduce and raise awareness of the personal and systemic nature of difference, discrimination, and power. Additionally, the author provides detailed descriptions of scenes from feature films that match those definitions (complete with time stamps from the DVDs for easy use in training programs).

To Order a Copy from AMAZON

To Order a Copy from SENSE PUBLISHERS 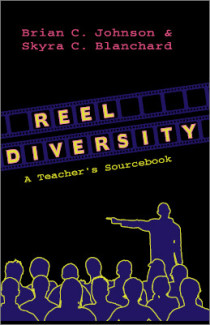 Winner of the 2009 National Association of Multicultural Education

Reel Diversity: A Teacher's Sourcebook is a resource manual for teachers who want to infuse the concepts of diversity and social justice into their secondary and college courses. Lecturers and workshop presenters will also appreciate this text for its practical uses. It discusses the role of the teacher in minimizing cultural dominance, prejudice, and discrimination in society. The text includes an extensive section on designing a diversity education course, and teachers will benefit from the suggested instructional activities, readings, assignments, and advice on creating a classroom atmosphere for these issues.

More than just another book on film literacy and criticism, this manual stands out from the competition for its practical, user-friendly mini-lessons using film clips from mainstream Hollywood feature films to illustrate the 25 diversity definitions provided in the text, and develops a list of questions following each clip that can be used to encourage cross-cultural dialogue.

To Order a Copy from PETER LANG

To Order a Copy from AMAZON 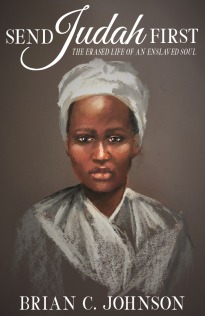